Linux: a stuff of collaboration and master of perfection 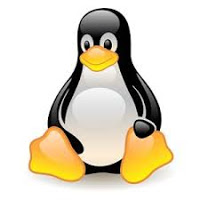 Despite, many ridicule and challenge in the inception, the collaborative stuff Linux has set fire to an explosive revolution in IT. Today Linux is dominating the most potential techno powered zones like mobile devices, web infrastructure, data centres, supercomputing, cloud computing and many more. The penetration of linux to a common man’s life space is quite relevant from the following figures. It is estimated that Over 850000 android phones running linux activated every single day compared to 30,000 windows phones according to latest reports.  Over 700000 TV are sold every day most of which are running linux. 8 out of 10 financial trades are powered by linux, 9 out of 10 worlds super computer runs on linux. Google, face book, amazon.com and twitter are powered by linux.

When linux make such a big leap in the techno front and become a throb in the pulse of all social medias it would be a matter of interest to know How is linux developed? And how the development project is networked?

Unlike other operating systems Linux is build collaboratively across companies, geographies and markets resulting in the largest collaboratively development project in the history of computing. It is amazing that just from 2005 over 8000 developers from 800 companies contributed to the linux and these collaborative processes resulted in the contribution of 15 million lines of codes. This is not about the sheer number of lines of codes it is also about how quickly and about how linux is developed and released. To add wonder to astonishment a major new kernel comes about every 2-3 months compared to years of competing operating system
Developers make changes in the individual unit called patches. It describes the lines to be changed added or removed from a source code. Each patch can add new features, new support for a device, fix a problem and improve performance or rework things to be easily understood. Once a patch is developed it is mailed to developers mailing address. Patches are accepted by senior kernel developers or maintainer who manages hundreds of section of kernel. When this is accepted it is a guarantee that it goes to the main line. Then it is set to more extensive evaluation, when the maintainer finishes the review he or she will sign on the patch and send it to linux creator. Linux foundation fellow Linux Torvalds who has the ultimate authority on what is accepted in the next release. Almost 10000 patches goes into every new release and about six patches are applied to the kernel every hour
Thus Linux rate of development is simply unmatched and hence could claim the title the master of innovation and perfection
What is next??? Because together the emperor is ready with an empire of opportunities, and that the questions sustains is ARE YOU READY TO ENJOY IT???

One thought on “Linux: a stuff of collaboration and master of perfection”